Sutton United in the Anglo-Italian Cup

Click here to be taken to the new Amber Rambler blog.


Every now and then I meet up with my mate Corky for a pint and a good old chinwag at the Old Bank in Sutton.

To be honest we're not very good at wagging our chins. We don't really like talking, meaning we're not a patch on champion chin-waggers Jimmy Hill, Glenn Quagmire or Dick Dastardly.

Hang on, you never see Jimmy Hill and Dick Dastardly in the same room, do you? Someone really needs to look into that.

Any rate, hot topics up for discussion between Corky and I are usually as follows: Work, sport, work, work, sport and why our lives have failed to meet our expectations. 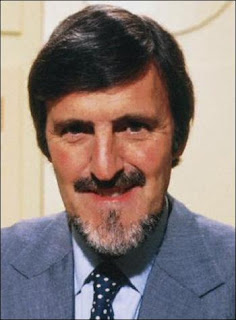 We then resort to slagging off all those people in the pub who have the temerity to actually be enjoying themselves, including that woman whose silly hairstyle makes her a dead ringer for Cruella de Vil.

Yes, me and Corky are a right bundle of laughs. We're up there with tooth ache, Gripper Stebson and tetanus jabs.

Within ten minutes of meeting we're
normally exhausted from trying to think
of something to talk about which means
long periods of awkward silence while we
swig beer and look out the window at the crumpet queueing to get into one of
Sutton's premier nightspots, Revolution. 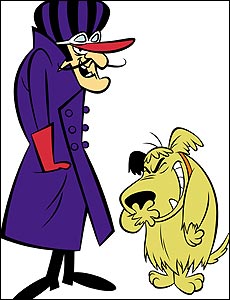 The silence is punctuated every now and then by token efforts at conversation which might include rugby, snooker, darts and our favourite queueing crumpets.

I promise I won't use the term crumpet again. Well, not in this post.

Any rate, for 30 seconds at least, a raging debate normally ensues as to which code of rugby is best, union or league. I can't mention I prefer rugby union without Corky shutting me up mid-sentence with a ferocious defence of the league code.

Then we go back to staring out the window at the chavvy totty tottering towards Revs where they hope to pull a rat-faced lad wearing a pink Yves Saint Laurent
T-shirt with the collar turned up.

Failing that, a lad in a Lonsdale T-shirt will suffice.

I've been to one rugby union match in my life but was too hungover to enjoy it.

The closest I've ever come to watching rugby league came when Sutton played at Runcorn in the late 1980s where, at the final whistle and before we'd bearly had chance to leave their old Canal Street home, the football goalposts were literally moved by the groundsman and his team to make way for their rugby league equivalent.

The story of Runcorn Highfield and sport in the Merseyside town in general, is very sad indeed. Like so many sporting clubs they suffered great financial hardship and ended up folding. In the case of the rugby team, it appears what should have been their greatest moment proved to be their downfall.

There is hope though. The town now has TWO football teams - Runcorn Linnets and Runcorn Town - and the two go head-to-head this Monday in the North-West Counties League to see who can earn local bragging rights.

One irony is that Highfield ended up moving to Sutton. Want to know what the hell I'm on about? Click here.

I miss Runcorn as a non-league force, although my memories of Canal Street include torrential rain, the amber and chocolates getting thrashed, and former Sutton boss Keith Blunt having a blazing row with some of his own - and I use this term loosely here - supporters at the tunnel behind the goal.

I mention all this rugby malarky because it's helping to calm my nerves ahead of Sutton's big Easter schedule when they will slug it out with Bromley and Dover.

They are massive matches for all the teams involved. Bromley are battling to beat the dreaded drop, Dover are chasing Chelmsford, and Sutton, meanwhile, are fully focused on celebrating the 30th anniversary of their Anglo-Italian Cup adventures this Saturday. 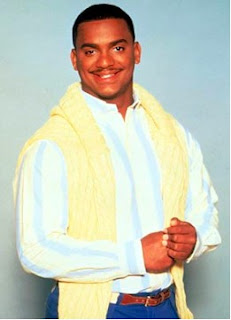 Yes, that's right, come to Gander Green Lane for our Italian-themed bout with Bromley with your sunglasses resting on you gelled-back hair, a tight pair of jeans, a copy of Corriere dello Sport tucked under your arm and a pastille-coloured jumper draped over your shoulders - as expertly demontrated by Carlton from The Fresh Prince of Bel Air - in celebration of the time our club won European silverware.

Sutton beat Chieti in that first final before going on to lose two more against Triestina (1980) and Modena (1982).

A very good account of Sutton's Italian trips was recently written by the chaps at the Real FA Cup. If you haven't read it already then click here.

To get you in the mood for the big event I thought I'd leave you with some footage from Triestina's recent 1-1 draw with FC Sudtirol in which a crowd of 1,426 witnessed one of the worst kick-offs in history.

On the plus side, Sudtirol's stadium appears to be in one of the most picturesque locations you could imagine.


COME ON YOU AMBER AND CHOCOLATES!